The Magnus Archives is one of the most popular fiction podcasts in the world. The fifth and final season launching 2nd April 2020, is one eagerly awaited by their dedicated audience who have been on a cliffhanger since Halloween night of 2019. The Magnus Archives is a horror podcast that first presented itself as an anthology series set within a mysterious, possibly haunted, research archive; however, over the course of 160 episodes the show has developed a deep metaplot, tying together the events of every episode and every story. The grand plot features a struggle between powerful entities that exist as the actual embodiments of fear itself and the folks caught in the middle. After the shocking and apocalyptic conclusion of the show’s penultimate season. Rusty Quill, the UK production company behind The Magnus Archives, is debuting both a new series logo and video trailer that hope to reflect the occult and apocalyptic nature of the final season. 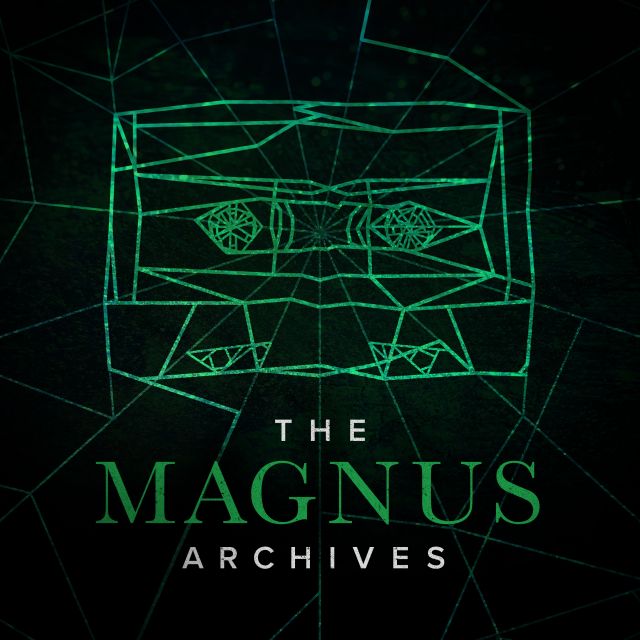 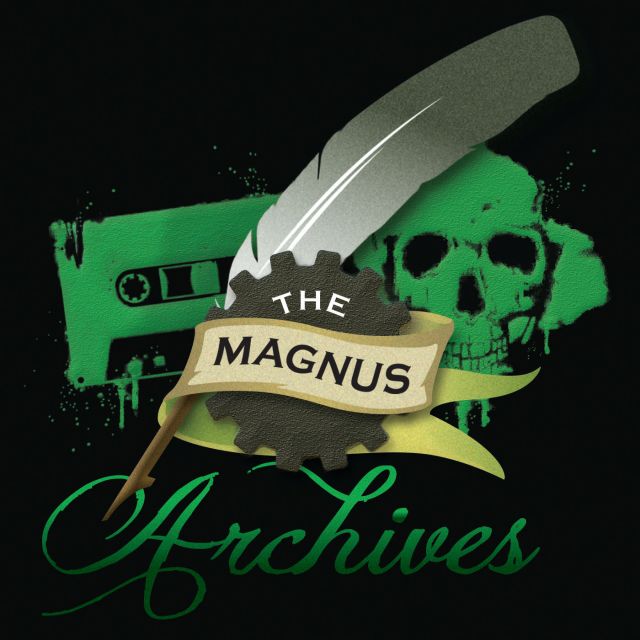 “The intersecting straight lines are meant to evoke the ritualistic and the occult. Those familiar with the show will understand the connection of rituals to the main plot. The tape is a connection to the existing logo whilst the loose form of the tape is also meant to look like both an owl that connects to the Magnus Institute’s owl insignia as well as the skull seen in original The Magnus Archives logo. The relevance of webs and spiders will also be clear to any fans of the show,” explains Anika Khan, the artist behind the design.

The introduction of a new logo that makes it clear The Magnus Archives has a dark and bleak nature is well-timed to replace the previous logo, which while in keeping with the company and shows aesthetic in 2016, is a little out of place for a show dealing with real dread. The trailer takes a step towards showing the kind of conversations and imagery that Season 5 is exploring. Indeed, potential listeners are warned that Season 5 of The Magnus Archives and the new season trailer come with the following disclaimer:

“Season 5 of The Magnus Archives was prepared long before the Covid-19 pandemic and due to its post-apocalyptic nature it deals with many themes that some may find uncomfortable given the current situation. This being said we still believe that our content can provide a much needed distraction and provide a controlled fictional space within which people can explore their fears without being overwhelmed by them.

As content creators we have a responsibility both to our staff and to our fans to provide employment and entertainment respectively, more so now than ever before. As a result we have elected to continue our release as planned and with no changes to the content. We will however, be ensuring all our content is labelled even more stringently with appropriate warnings and we will be taking additional precautions to ensure all our productions continue in a safe and sustainable manner,” said Alexander J Newall, Director of The Magnus Archives and voice of Martin Blackwood on the show.

The crew of Rusty Quill have also previously expressed that despite all wishes for a happy ending, this would not be the case and that fans should be prepared for the worst.

“Season 5 will be a dark and apocalyptic thing. Many fans hope for a happy ending and whilst I won’t give away any details, it is with some trepidation that I must make it clear that The Magnus Archives is a work of chilling horror and tragedy, where bad things will happen to characters we have been encouraged to connect with,” remarked Callum Dougherty, Chief Marketing Officer for Rusty Quill. “Though I urge any committed fan who has made it this far that we may sometimes think ‘I hate sad stories because they always end the same’ but I really feel Season 5 will end the show in a wholly satisfying way and finish the series on a high that will definitely leave you wanting more. To address the elephant in the room, I recognise that for some, horror can be a harsh reminder of the realities they are facing but for others, horror can be a medium to address your fears in a controlled manner. For some, including myself, this can help to alleviate anxiety. I think the trailer really helps showcase that.” he concluded.

For more information on all goings on at Rusty Quill, be it their popular podcasts or upcoming streams, visit www.rustyquill.com, follow them on Twitter (www.twitter.com/therustyquill) or Facebook http://www.facebook.com/rustyquill or email mail@rustyquill.com

View all posts by thepodcastdragon